Been having a great time playing AoS but not got much painted, a few more warriors that's it. I got a few more things built to play again this weekend but I'll not bore you with more grey plastic, no matter how cool it is!

I spent a good proportion of my hobby-time this month co-creating (and building for) a custom BattlePlan! So I'll show that off this month.. painted minis next month I promise!

So every year on or around the 16th of March (put it in your diary) I host a day of Birthday Nerdery. We normally play HeroQuest or Decent but this year I wanted to do something Age of Sigmar.. this presented a problem however.. we've now got around 8 people playing, so we needed to come up with something that we can all play together..

This was the result! 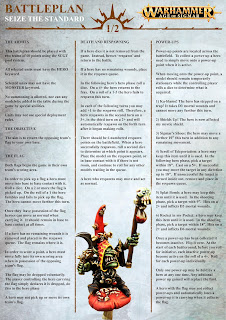 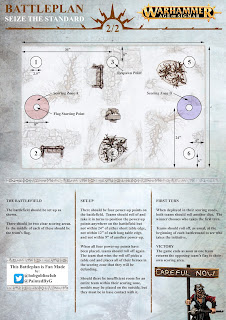 Spent a lot of hobby time making it this pretty!

Link to Dropbox Folder with Rules and Templates

It's designed to be played with about 6-8 Heroes per side. We used the SCGT Pools choices to balance at 60 Pools per team. With the amount of players we had, that meant about 2 each.. Unless you take The Green Knight.. in which case, that's all you get!

It's basically Capture the Flag. Each team has to capture the opponent's team flag and return it to their own scoring zone, whilst defending their own. Heroes only and no Monsters.

Models that die re-spawn at 1 of 6 randomly decided zones.

Power ups! Move over a power-up token and get a random bonus!

As this was for a party-game I wrote list of achievements for players to accumulate. Even gave out prizes (from the charity shop) which had in-game bonuses too! Highlights included the Village People's Crown of Sorcery and the Cravat of Khorne! 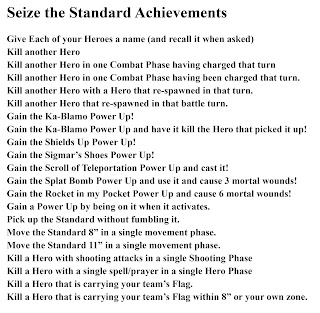 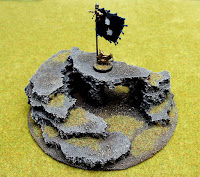 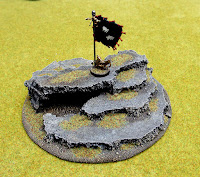 I had some fun making extra terrain and tokens. 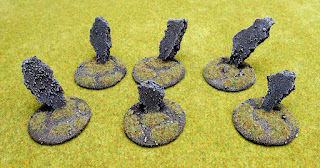 Power Up Tokens
Scroll of Teleportation, Splat Bomb and Rocket in my Pocket!

We had a great time playing this so if you fancy an AoS party game give it a go!

Rules written by myself and Steve HobgoblinClub   <<Add him on Twitter!

Here's some pics the game we played! 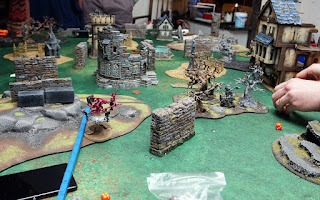 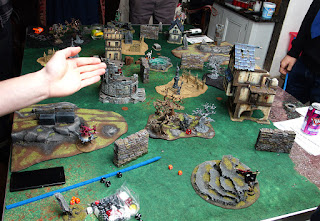 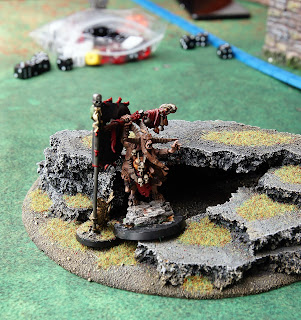 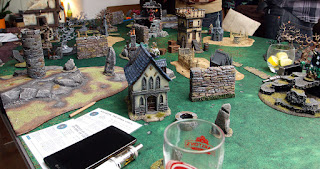 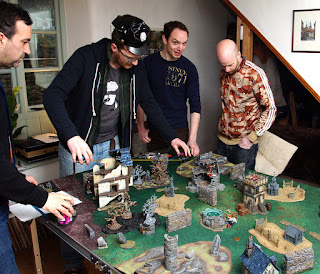 Steve donning his Crown of Sorcery! 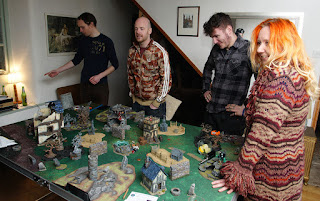 Mrs G leaning on the table (grr), while Pete points at a lamp. 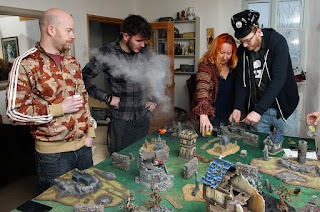 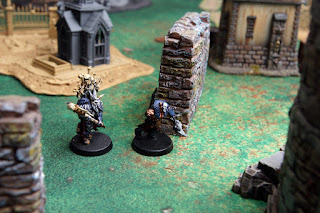 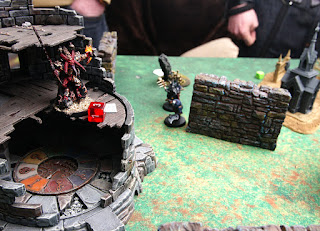 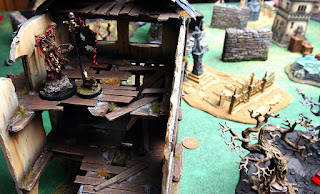 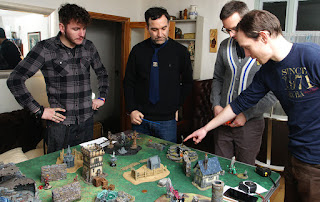 Iain sporting his Cravat of Khorne! 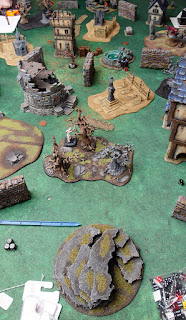 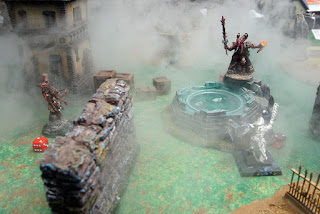 Atmospheric shot of Skulltaker showing off. 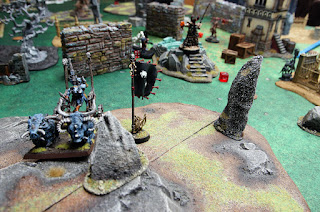 Yes. Turns out a Chariot can have the Hero Keyword! 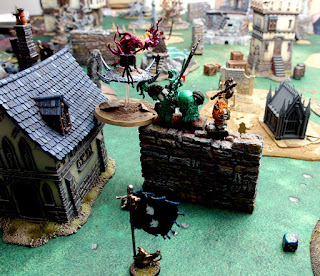 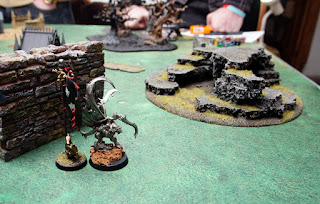 Deathmaster Snikch 1 turn away from winning the game! 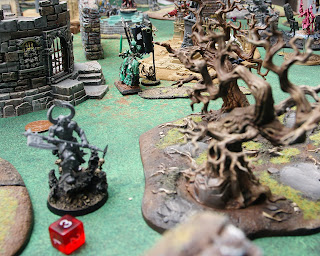 The Green Knight racing back with the Team Unicorn Flag! 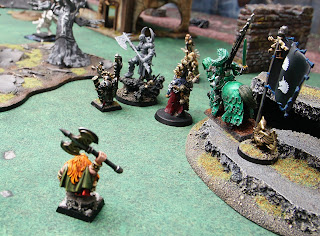 Thanks to being able to complete an unlikely charge, The Green Knight ends up going round him and landing on the scoring zone! Win for Team Pigs! Just!